A buncha swatchies.... OPIs and Sephora by OPI Modern Flowers collection, part one

Okay, so I haven't written much this week.  That thing called Life gets in the way, sometimes, unfortunately  :(

I still have a bunch of hauls I need to post about  :(  Man, I suck at this blog thing.  I'm surprised anyone tortures themselves with reading this  :p  The hauls I still need to post are from some random salon I found, where I bought FAR too many OPIs, three China Glazes, a couple CMs and some Princessas, and then Sephora (some $OPIs), Trade Secret (Essie Art Of Spring minis and OPI DS's) and Icing (a couple polishes and two sets).  I'm mainly listing these to remind myself later  :p  PLUS I have a TD order with China Glaze glitters coming in, PLUS I ordered some Zoyas off ebay.  So yeah, I think I'm good for a while  :p  Did I mention I bought a much-needed Melmer?

So yeah, anyway, here's some polishes I've rocked in the past week: 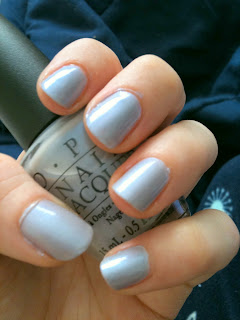 OPI Give Me The Moon.  This is a really light grey with blue iridescent shimmer.  It was opaque in 3 coats.  It looked like an icy blue on my nails.  Pretty, no? 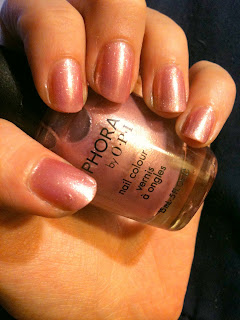 Sephora by OPI Handpicked For Me.  This is part of the new Modern Flowers collection I've been lemming.  I thought it looked like garbage on me, but the nice girls on the nail board said it looked okay... 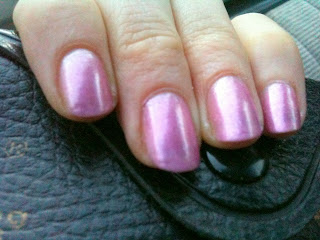 ...meh... I don't know.  But it is a pretty color.  Shimmery pink, with silver microglitter.  A bit sheer - needs three or four coats. 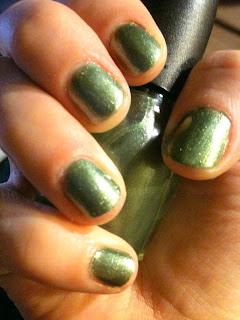 Another from the Modern Flowers collection: Sephora by OPI Leaf Him At The Altar.  This is a gorgeous shimmery medium green.  I don't have anything else like it in my stash, although, given, I'm not as big of a green fanatic as most of the good bloggers are... it's probably my third or fourth favorite np colour.  But this, this I could see myself becoming very fond of... 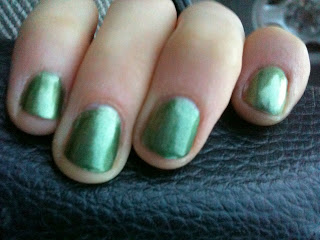 Pic in indirect sunlight.  Looks good on my stubby little shorties.  Sorry for the blurry crappiness.  The other two I got from this collection were Go With The Flow-er, and Iris I Was Thinner  (yes, it's really called that.  I'll get into that next time....), both of which I will swatch very soon.  I also want It's Bouquet With Me, which is a purple-y pink glitter, so we'll see if I decide to get that... also, there's still some of the regular $OPIs I want, like Under my Trench Coat, Run With It, and Mermaid To Order.  Aaah!  These $OPIs - they're a curse!  I love them and hate them! 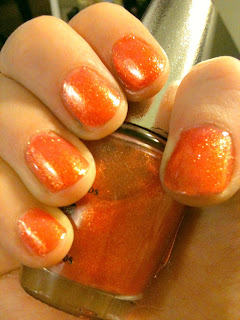 OPI DS Treasure.  Much deeper and more coral/reddish orange than in this pic.  This is so, so, so gorgeous - someone on the np board said it reminded them of a goldfish.  That's exactly it.  Brilliant orange with gold and red iridescent shimmer and microglitter.  I'm falling in love with all of the OPI DS.  Which sucks, because they're expensive.  But I got these for 50% off, and Treasure for 75% off!  :)  These were part of the Trade Secret haul I'm gonna post about soon.  Now if I could only find Glamour and Fantasy...  :p

And last, but not least, my current mani: 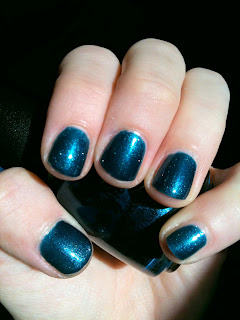 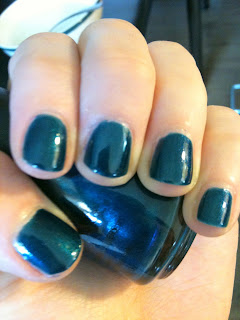 China Glaze Rodeo Fanatic - picked by the nail board, which I'm reading entirely too much lately  :p  I loooove Rodeo Fanatic - it's a deep shimmery blue with green and purple iridescence.  Depending on the light, it can look dark blue, purple-blue, dark teal or dark forest green.  Its part of the Rodeo Collection I picked up, and what an awesome collection!  I love the whole bloody thing!  RF and Wagon Train are probably my two faves from that collection, but then again, I haven't tried it all yet...

Okay, that's all I'm going to post right now.  I'll get you that haul post, and some more $OPI swatches, and some Icing sets swatches in the next post!
Posted by AC at 2:03 AM