HOLD THE PHONE!!! I found OPI Shrek at the mall!!!

So I know I promised to post pics of my Easter mani, but I have something I absolutely HAVE to show you first!

LOOKIT WHAT I FOUND!!! 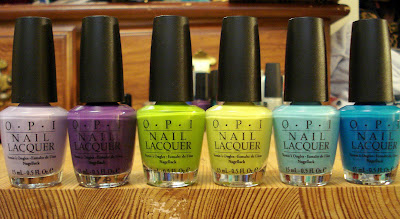 Ska-weeeee!  The OPI Shrek Forever After collection!!!  I was walking around my local mall on Sunday - the one two minutes from my house - bored.  I walked past the salon that I've had my hair cut at once, and did a double take - they had the Shrek collection sitting in its display up at the counter!  I told my boyfriend we were going back, and he said something along the lines of, "You don't need more nail polish."  Eff that!  The second he left my side in the bookstore I beelined it back to the salon and bought as fast as I could! 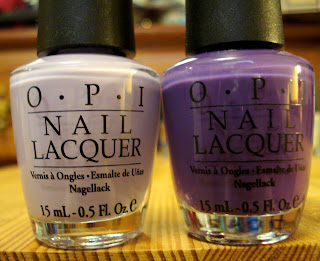 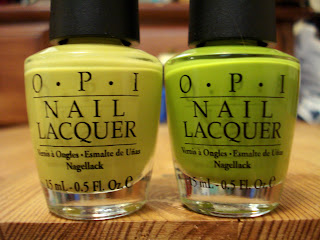 Fiercely Fiona and Who The Shrek Are You? 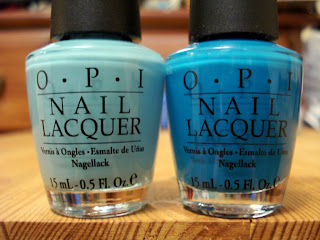 What's With The Cattitude and Ogre-The-Top Blue.

These are awesome.  I just realized the other day that cremes look much more adult on me than frosty or shimmery finishes do, so I'm going to try to acquire more cremes, since most of the time I look about ten years younger than I am anyway  >:p  That said, these are bright yellow-green and blue polishes I bought with this resolution in mind.  Yes, I make no sense.

Also, I think Michelle over at ALU said these looked to her like they belong in matching pairs for mani/pedi, the lighter shade going to your tips and the darker on your toes, and now I can't get this idea out of my head, so I photographed them as such  :) 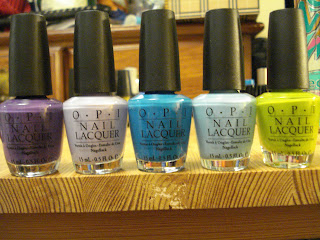 This is how they looked the day I brought them home.  I passed on Fiecely Fiona at first.  I don't know why.  Initially when I saw swatches of these I was intending to pass on Rumple's Wiggin, but I suppose something came over me and FORCED me to purchase every shade in the collection (as often happens with new collections :S  Whatever, it's only six shades, and there's not a red, pink or sheer in sight  :)  Anyway, I went back and bought Fiercely Fiona yesterday.  The girl working at the salon asked me, "Was it you who called about these??" which I had not.  Guess the word is out, lol!  I wish I knew every fanatic in my dinky little town - I would've gladly sent out a PSA letting everyone know about this!  I know I was way more excited than I should've been  :D

I've heard things about a couple of these colours being somewhat dupey, so as soon as I got home I had to go comb through my stash and look for matches.  Sorry, all I have for you are bottle comparisons, which kind of suck, I know - if I have time, I'll do some actual nail ones.  The first one I looked at was Ogre-The-Top Blue - I wondered how it compared to No Room For The Blues and Suzi Says Feng Shui: 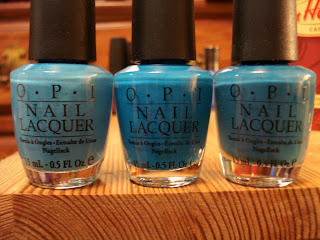 L-R: NRFTB, OTTB, SSFS.  As you can see, NRFTB is much lighter, and SSFS is much dustier and more muted.  Okay, that was kind of a lame comparison - these are obviously nothing alike.  I'm still looking for other possible dupes though.  I'm planning on playing with these for the next few days as I wait for my TD order to arrive (more on that below), so I'll do a few comps.  I want to compare Funkey Dunkey to my Orly Charged Up, WTSAY to my NYX Lime, and Rumple's Wiggin to ChG Light As Air, among others.  I was gonna do Fiercely Fiona and Banana Bandanna, but FF is way more green, and I really can't think of a single dupe for it.  There have been comps of this whole collection done on lots of other blogs, but I can't remember which right now, so just google it  :p

Also, I intend to swatch all the colours for you later today, but the first one I wanted to wear was Who The Shrek Are You?, since it seemed so unique: 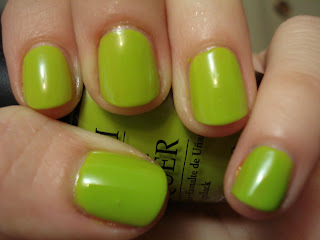 Indoor light.  I thought I'd hate it, but to echo someone else's exact sentence on the NB, I'm inexplicably drawn to it.... 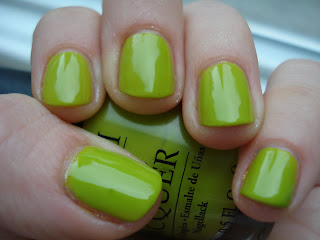 Outdoor/natural light.  Do you think it looks like baby barf/snot/pea soup vomit from the Exorcist?  I don't know, maybe, but alls I know is I loves it!  I even think it looks kind of spring-y!  I wore this last night to watch the hockey game, and I'm suprised I didn't get any snarky boy comments - colours like this are usually loved by only me, while everyone around me thinks they're fug as hell.   I wonder what my sister would say: "Ohmygod Lex, why would you want puke-green nails???" 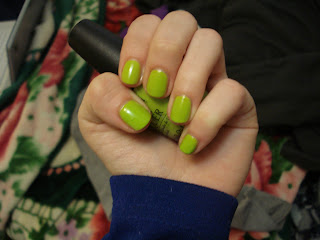 Yep.  Nope - don't care.  Love.  My camera wouldn't capture the colour accurately, either - it's more yellow than it's appearing here.

So yay!  I am the proud owner of the entire Shrek collection!  Almost two weeks before it's released by etailers!  Do I feel special?  Damn right I do!  :)  The most important question here is: Which one should I wear next??  I'm thinking Cattitude....

I have more new stuff to show you too.  Lots more swap haul (I am going to stop swapping for a while.  It's so awesome and fun, but it's not cheap, and starting to get out of hand!), a small beauty supply haul, and my Zoya Reveries finally came!  Whoohoo!  'Bout time, spaboutique!  And I'm expecting a TD order with ChG Poolside, Orly Sweet and a bunch of other good stuff sometime this week as well!  So I gotta be done playing with these by then  :)

Also, if I may whine and feel sorry for myself for a second,  no one commented on my last mega-spam post. I haz a sad :( Obviously, no one is required to comment, ever, and I really don't ever expect anyone to, cuz I know my pictures and posts suck for the most part, so I don't even know why I'm surprised. It just makes me feel like such a dorky-ass loser :p Which I am for even having this blog, so I hear :p

So I have pics of all that, plus another NOTD backlog, which I'm just going to do as a giant spam post.  PLUS, my super-belated-why's-she-bothering-to-post-this-its-almost-a-month-late-wow-you-suck Easter mani!  All coming up very soon!  So stay tuned!  (stay tuned? did I really just say that? what is this, 1956? no wonder I get no comments)