Ozotic 507 - The Closest To Peridot We&apos;ll Probably Ever Come...

I apologize for the severely declined quality in both my posts and photos... I'm just kind of chucking whatever up here just to have some content. And all on my phone. Yeah. I know... Who blogs from their phone right??? Do they have a Shittiest Nail Blogs On The Web award? Someone send me the button o__O

Anyway, I hauled a small haul from Harlow & Co. recently (if you wanna see it, lemme know...), and it included three Ozotics, one of which was this. And while this is beautiful and gorgeous and stunning and all that... It just looks so damn similar to Chanel Peridot. With a less-strong duo chrome effect (which I mean, who wants that?? More, MOAR duochrome! Never less!!). And since I not only own Peridot but had to jump through hoops to get it, I don't want to wear anything that's like a watered-down version of it...

I'm making this polish out to sound not-that-great. Don't get me wrong. It's definitely great, especially if you don't own Chanel Peridot. If you missed Peridot, like the title says, this is The Closest You Will Ever Come. It's a gorgeous green-gold shimmer that flashes teal at angles, and it looks unbelievable in the bottle. I'm just kind of upset that i paid almost $20 (yeah, these Ozotics aren't cheap. It's the crushed fairies and unicorn DNA in the ingredients... jacks the price up, dontcha know...) for something I have a dupe of >___<. And what's worse, I have yet ANOTHER polish that looks similar to these two that I got from Harlow & Co as well (Model's Own Golden Green). I'll have to try that as well. I actually have the whole Beetle Juice collection to go through, so expect to see some of those, as well as my other goodies from H&C.

Alright, that's it for now. The other really annoying thing about these Ozotics is: although 3 different websites sell them now, their shipping is GAH! and none of the sites ever have all the polishes you want in stock at the same time xp 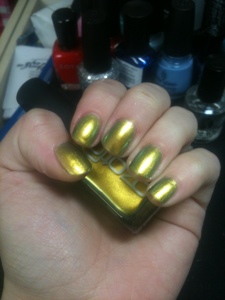 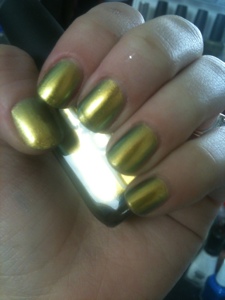 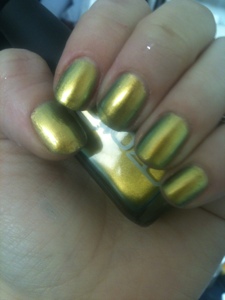