Hello.  Yeah, I'm still sick.  I was really sick this morning, but now I'm at least sitting up in bed instead of writhing in pain  :(  Once again, though, groggy from medication, so I'll make this as brief as I can.

Right, so last week I went downtown (had an interview with a new agency), and I took the oppurtunity to stop by a couple places I had scouted out for nps.  I'll go into more detail later when I finally post that haul post, but long story short - not only did I find the Del Sol polishes I almost ordered online for a ridiculous shipping price, but I finally picked up my first American Apparel polishes! 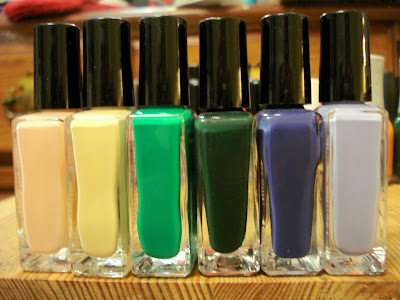 Aren't they prettttty?  Look how nicely they line up!  I'm going to talk about these again later, but two of the ones I wanted were sold out (Office and some coral one the salesgirl was describing... yes, Office. Yes, I know I need another mint green like Heidi Montag needs more surgery - get off my case :p) so these are what I picked up.  L-R: Summer Peach, Butter, Malibu Green, Hunter, Mount Royal, and L'Esprit.  I was gonna get Peacock too, but passed for now... and can I just say how nice it is to get 3/$18 and not have to pay the stupid shipping fee?!?  Sooo glad I was able to buy these at the B&M store! 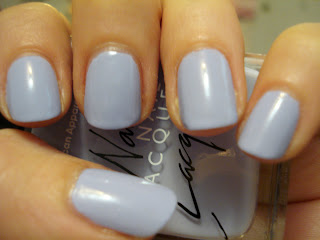 So the first one I wore was L'Esprit, because I had heard that it was different from all the other bazillion light lavender cremes out there.  And it really is - it pulls WAY more blue than any other lavender creme I own (including Essie Lilacism, which is very blue), so much so that this is almost periwinkle.  It's not, it is lavender, but leaning towards periwinkle.  I love it.  It's so pretty.  I think this may surpass OPI Rumple's Wiggin for my favorite light lavender creme.  Of which I own many.  I just might have as many pale lavender cremes as I do mint greens.  I'll have to do a post soon comparing them all.... 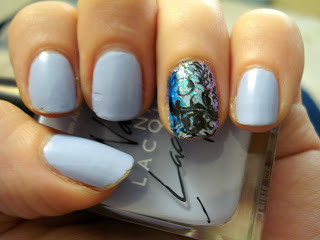 This is after I got bored and started playing around with some of the Claire's glitters I bought.  This was two days of wear (unusual for me, but I was sick) so please excuse the chips.  For the ring finger, I did one stripe each of Claire's Twinkle Twinkle, Diva and Glam, and then stamped a BM plate over it.  I don't remember which plate... I know there are two vine designs on the BM plates, and they're almost identical... yeah, I suck.  Sorry. 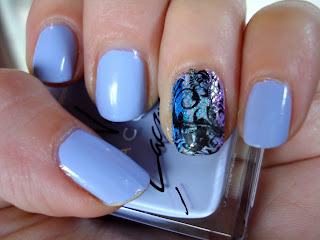 I thought it came out okay, but I didn't want to ruin the loveliness of L'Esprit by stamping over all my nails.  But for those of you who haven't tried it - try splotching on or striping different colours as a base, then stamping over it with a full-nail design in black.  It looks so cool....  a couple of the ladies on the NB did it with the BM leaves pattern, and it inspired me... 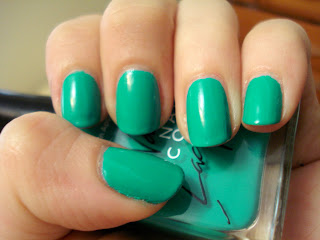 The only other one I've worn so far is Malibu Green.  This is gorgeous, and I was actually able to get the colour to show up somewhat accurately...  This is a rich, medium blue-based green creme.  Almost like a turquoise, but not quite blue enough.  Actually, you know what I think is a perfect description for this colour? 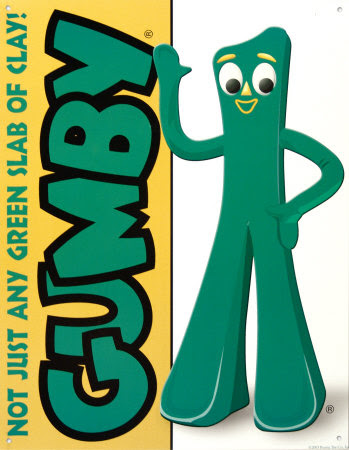 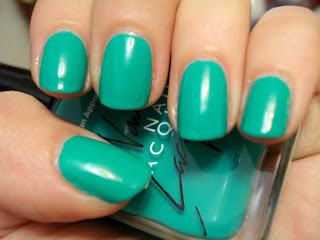 I love this one as well.  So bright, it just pops on your nails.  Bet it would look awesome on toes.  And it didn't stain my hands or nails at all  :) 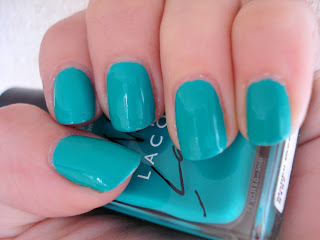 Outdoor pic.  Luuuuurve.  Looks a teeny bit more blue here than IRL.  And I actually managed to not fug it up with a konad!  Yay, I can wear a shiny creme and not konad over it!  I've progressed! :D

I'm really impressed with AA polishes so far.  Opaque, smooth... and possibly my favorite bottle of all time.  I can't wait to try my other ones!  I'm gonna have to file my nails off first though, cuz I really don't like the look of dark colours like Hunter or Mount Royal on my long nails.  They'd look so much better on my usual shawties.  But I'm kind of liking having nails for once.  I'm trying to see how long I can grow them before they start ripping off... so I'm unwilling to sacrifice them on new polishes at the moment.  Plus I want to try some pretty konad patterned french tips...

Okay, cutting myself off again.  Be back later with more random manis and that haul post I keep mentioning.
Posted by AC at 3:24 PM