Yeah, this is going to be a subpar post.  Why?  Cuz its late, and my brain no work.  Yes, its going to be sloppy.  Look away.  Now.
Or don't.  You might miss something cute. 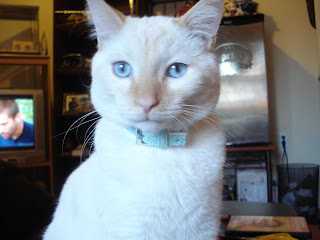 So I've been busy lately and not posting as much as I wanna.  It kind of sucks, but let's not talk about that.  Let's talk about the good stuff.
I've been hauling lately, as usual.  I'm beginning to think its almost like I need a fix every once in a while.  And sometimes I just see things and they HAUNT my MIND till I go back and get them  :p  I'm acutally gonna do a whole separate post on Stuff I've Hauled Lately.  And I know I've said I'm going to do a post about a lot of things, but I mean this one.  Really, I do.
So, this is what I've been doing lately, nail-polish wise.  In no particular order: 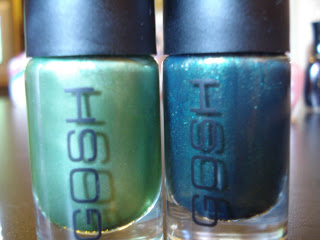 GOSH polishes in Metallic Green and Golden Dragon.  I dunno about these GOSH polishes, if they're actually any good or what, but there's a bunch that I really like, and they seem ok so far.  These are two I like.  And they're green.  Cuz it's March.  Yeah.  You can pick these up at Shopper's Drug Mart if you're in Canada - they seem to be available exclusively there. 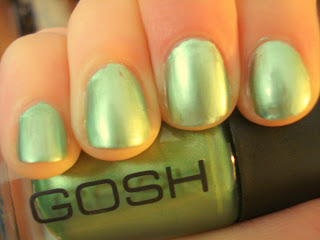 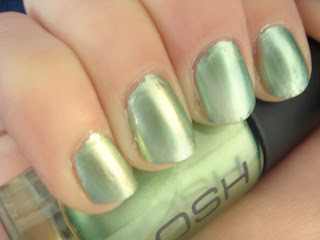 This is GOSH Metallic Green.  I know, creative name huh?  This is a light, pretty, yellow-based metallic green that is nothing like China Glaze Cherish, like I thought maybe it was.  But what do I know?  It's a bit brushstroke-y, as is to be expected with metallics, and it seems highly konadable... 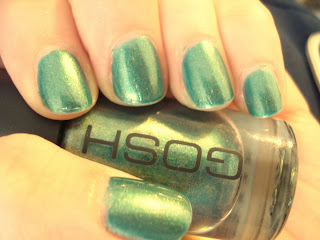 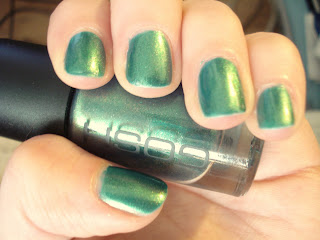 And this is Golden Dragon.  It's much deeper and more olive in real life, less blue-based, and the gold shimmer is much more obvious.  This is along the lines of Sally Hansen Project Runway but the shimmer is finer and seems to have glass flecks in it too, maybe? 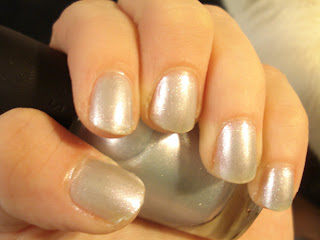 This is Sephora by OPI Fancy Schmancy.  Excuse the wear and peelage - I had just finished doing dishes and just wanted a quick pic before changing it...  Gotta say, I'm disappointed in this one.  It looked soooo much cooler in the bottle than on my nail.  In the bottle it was a nice, shimmery, glass-flecked silvery blue.  On my nail, it was just so blah.  I dunno, I guess I was hoping for more shimmer?  More silver?  More blue?  The colour didn't really come across on my nails.  I don't know, but I do know I often get this result with $OPI polishes... I like them, and I always feel compelled to buy them, but so, so often, once they're on my nails I'm just like, Meh... I feel like putting something else on.  Are they worth the $12? Well.....  There are a couple that are really nice, like I'm With Brad, but I haven't found one I'm absolutely in love with, yet....

Okay, what else...  okay, how about some brightness? 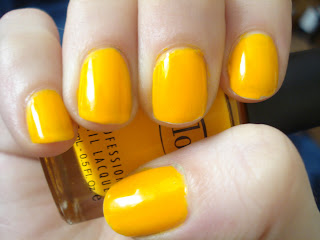 Color Club Psychedelic Scene.  aka Explosive.  Color Club likes to repackage and rename their polishes and pretend like they're new colours or something.  Which is lame, and kind of annoys me  :p  This colour reminds me of Cheetos.  Yes it does. 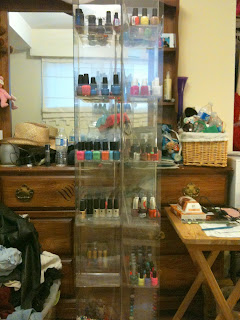 My boyfriend got me this  :)  Ignore the mess that is my room.  It's one of those spinning displays for paperback novels.  It works awesome for nail polish!  :)  My bf knows how much I like having all my polishes out and on display  :)  So between this, my Helmer and Melmer, I think I'll have space for a while.  <---- she said naively.  Still, SO COOL!  :D

And finally, I bring to you another installment of Lex Doesn't Know When To Stop: 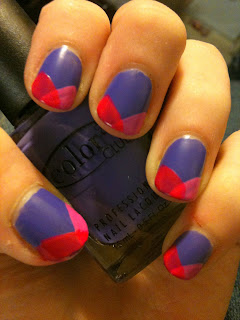 Meet my hideous mani of the moment.  I started with a base of Color Club Puccilicious, which by itself is a deliciously cool neon blueish purple creme.  I thought it looked so pretty, but then I had bottles of both Peppermint Twist (a very cool blue-pink neon creme, almost leaning towards lavender) and Jackie Oh! (a superbright neon fucshia that's wanting to appear reddish in this pic for some reason).  I was like, oh, I want to wear all three of these colours together, it would look so pretty... and what did I end up with?  Nails that scream Walmart Press-Ons.  That were painted by a blind five-year-old. Um yeah FAILURE.


Okay, well, I'm going to leave you for now with one last pic of my Colgate nails.  Just because I think this polish is just so darn pretty. 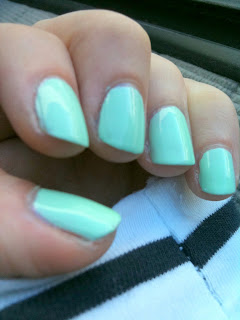